Our member – Tradecorp celebrates its 20th anniversary in the Baltic countries

Marc Andre, the initiator of Tradecorp’s business in the Baltic countries, in the interview that will remain in our memories.

1. How and when did you start working in Tradecorp?

SK HYDRO (now YARA). At the time, Tradecorp had become part of SAPEC and they asked me to do a market study on trace elements and foliar fertilisers in Northern Europe. It’s interesting to note that biostimulants were not included in the study, although they now represent more than half of Tradecorp’s sales.

The major conclusion of this study was that “Market leadership is based on strong marketplace know-how and the ability to respond rapidly to growers’ problems. Proximity to end-users and product credibility are pre-conditions of market entrance.”

After presenting this research to the Sapec Board, they asked me to create the Europe-Africa subsidiary by applying these principles. Over a period of 17 years, I have been responsible for creating a team of 40 people that has performed all the necessary functions required to develop the market, boost the agronomic positioning of our products, and carry out all the marketing, sales and customer support tasks. Together, and thanks to an amazing team spirit, we have managed to generate an impressive turnover, thanks to the combination of Ying and Yang, creativity and rigour, enthusiasm and strength. 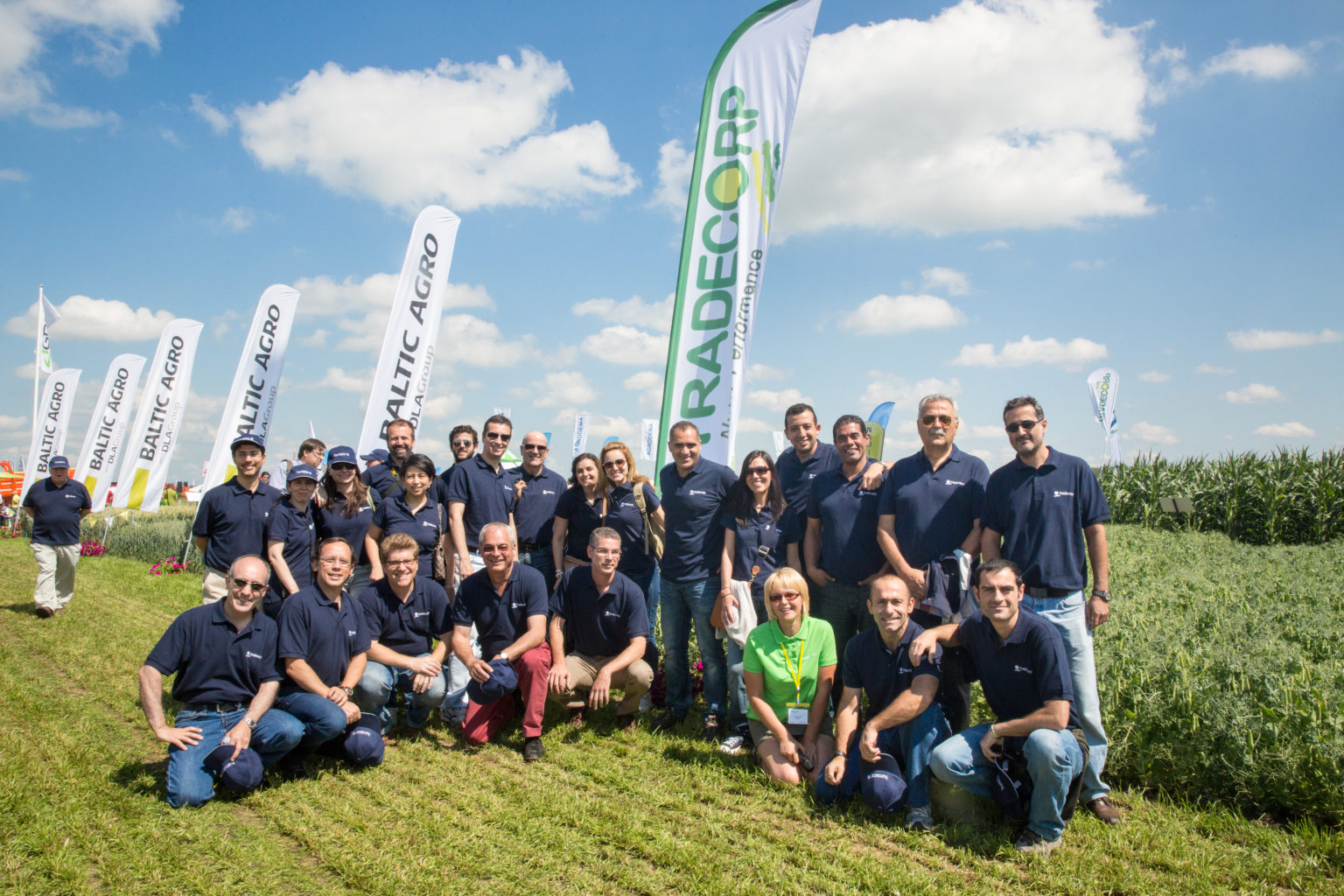 2.How did you startand develop Tradecorp’s business in the Baltics?

In 2000, I was in contact with Kemira, a Finnish company, and I had the good fortune to have been involved with their “Specialties” development team.

At the time, I was asked to give some training in sales techniques, and Kemira’s directors were among the managers that I had trained. This experience was a resounding success, and we forged strong personal links, which made it easier for me to introduce Tradecorp’s ranges in the Baltic countries. In fact, it is by cultivating these connections that we have managed to create a true partnership with Kemira, which is currently known as Baltic Agro.

It is by showing humbleness that we have made them proud and by acting as “educators” that we have encouraged their creativity. Our partnership has been successful thanks to Renata Laurė, who has been our ambassador for 17 years. It is through her energy and talent that Kemira/Baltic Agro has become ESA’s most important customer. I would like to express my deep respect for her work and my deep gratitude.

3. When wasTradecorp’s first order from its Baltic clients?

The first market segment that we initially targeted was that of chelates for greenhouse crops, and the first order that Kemira/Baltic Agro placed with us in 2001 (on 29 May, ESA’s first!) was retained for two weeks at the Lithuanian border, because chelates were not on the list of products authorised in Lithuania! 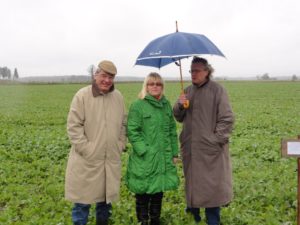 4. Do you remember which products were “pioneers” in the Baltics (Lithuania)and where Tradecorp started working in the region?

Given that the potential of greenhouse crops was limited in these countries, after a few years, we decided to focus on arable crops. It was our best decision, because the potential was huge, and we were the first to officially demonstrate that our products were effective and profitable.

Thanks to our university collaborations, we objectively proved that products like Aton AZ, Final K, Delfan Plus and Humistar could bring significant yield increases for major crops such as cereals, potatoes, beetroot and rapeseed. Kemira/Baltic Agro was the perfect business partner for approaching large farmers, as it was willing to try out new techniques, and we organized a lot of seminars and field days to present our products to growers.

We were the pioneers and we took the market by storm! I remember a meeting of 900 farmers organised in central Lithuania, in a basketball stadium! There were more than a million hectares represented in the room, and this conference caused an absolute “tsunami” of Humistar orders!

5. How has agriculture changed in the three Baltic countries over the last 20 years?

We became the leaders because we were able to innovate, and because the farmers in these countries were very open-minded and were keen to try out and test innovative products. Though this was not everything. The main thing was our team of enthusiastic, motivated and competent salespeople to convince the farmers. This is where we were unbeatable, thanks to the highly motivated local workforce. 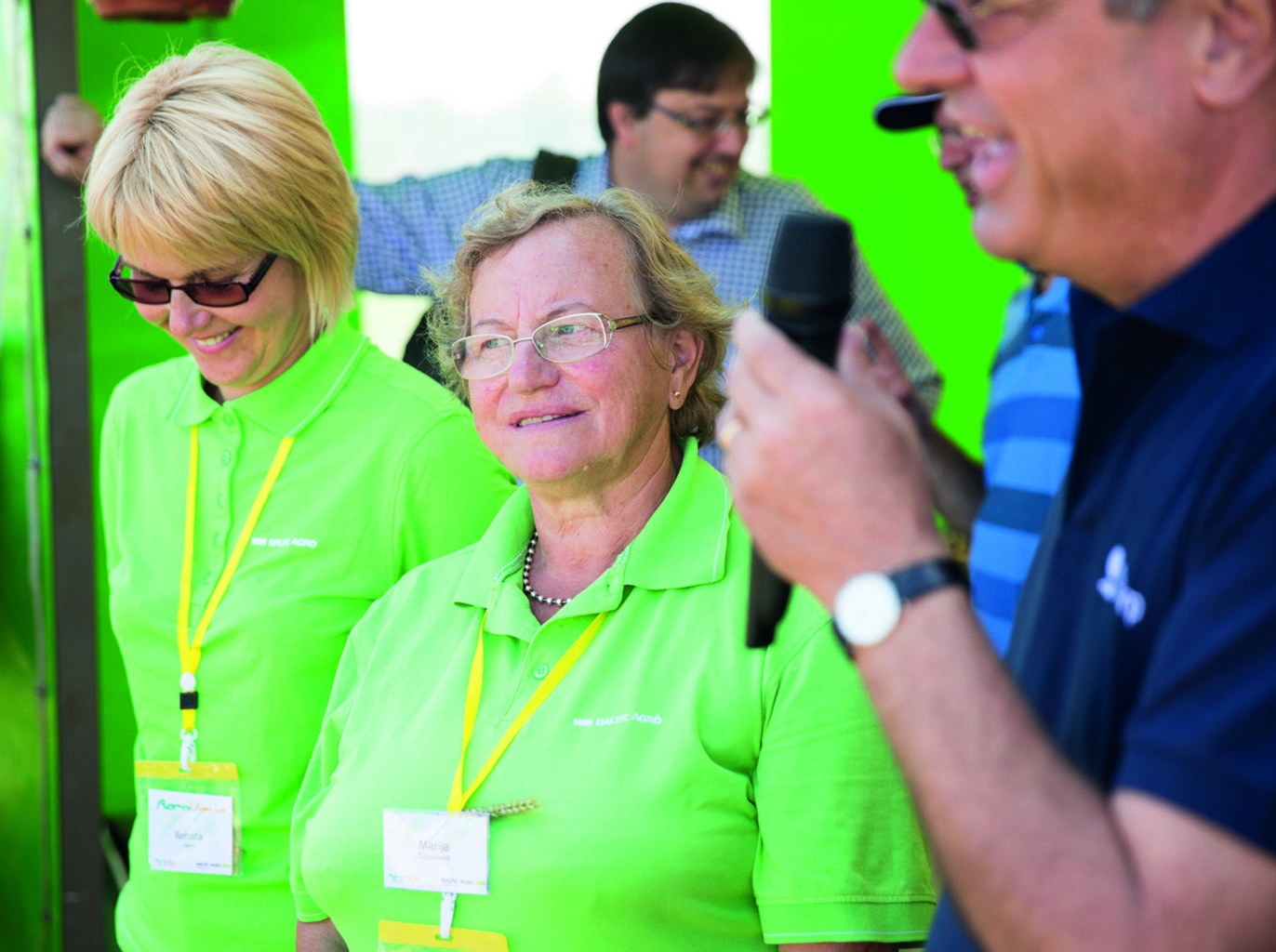 6. What are thebest memories you have of Tradecorp’s initial years in the Baltics?

The most beautiful anecdote I remember is a party that the Lithuanian team organised when I left. They were all there, including the top management, and they all thanked me sincerely for bringing so many good solutions to their customers.

Friendship in Lithuanian is called “DRAUGYSTĖ”. This is what I’ll always carry with me from this great adventure that began 20 years ago!

Manage Cookie Consent
To provide the best experiences, we use technologies like cookies to store and/or access device information. Consenting to these technologies will allow us to process data such as browsing behavior or unique IDs on this site. Not consenting or withdrawing consent, may adversely affect certain features and functions.
Manage options Manage services Manage vendors Read more about these purposes
View preferences
{title} {title} {title}